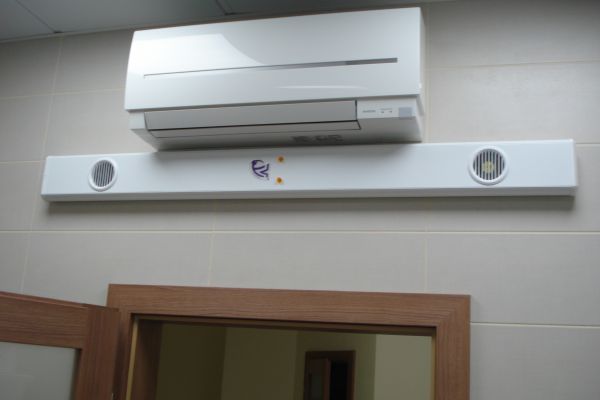 Principle of action of retsirkulyator: hesitation pumping of air along bezozonovy germicidal lamps (Philips firms, the wavelength of 254 nanometers) is carried out. In the retsirkulyator body by means of the silent fan air which gets under the bactericidal radiation neutralizing activity of the microorganisms which are present at air is forced. The optimum ratio of power of a bactericidal flow and speed of passing of air provides high extent of disinfecting. Efficiency of disinfection increases because bacteria and microorganisms being the chaotic movement in the closed contour, are exposed to repeated processing.

Irradiators — retsirkulyator are intended for disinfecting of air of rooms both in absence and in the presence of people. Irradiators — retsirkulyator place in rooms so that the fence and emission of air were carried out freely and matched the directions of the main convection flows (near devices of system of heating, window and doorways). Irradiators — retsirkulyator establish on a wall in horizontal position, their use is expected continuous work in the presence of people.
Irradiators — retsirkulyator place in rooms with the increased risk of distribution of airborne and intestinal infections (health care, child care facilities, gyms, movie theaters, dining rooms, the subway, waiting rooms of stations and the airports and t. e) Retsirkulyatora are actively used in medicine: in surgery blocks, resuscitation, dressing, burn chambers, in delivery rooms, at stations of hemotransfusion. Ispolzovaniye in public institutions for prevention of respiratory and infectious diseases: in beauty shops, hairdressing salons, clubs, shops, underground passages, and other rooms with a large number of people.

Unbelievable price on Irradiator — a retsirkulyator of the closed Fiolet's type 03 and Fiolet T04 in Kiev (Ukraine) company Deltamed, OOO. 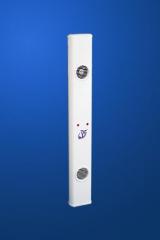 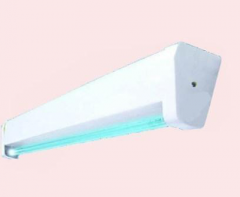 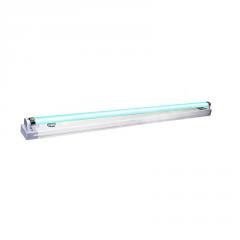 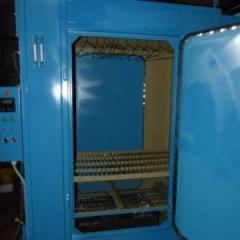 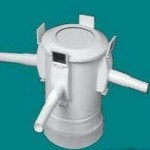